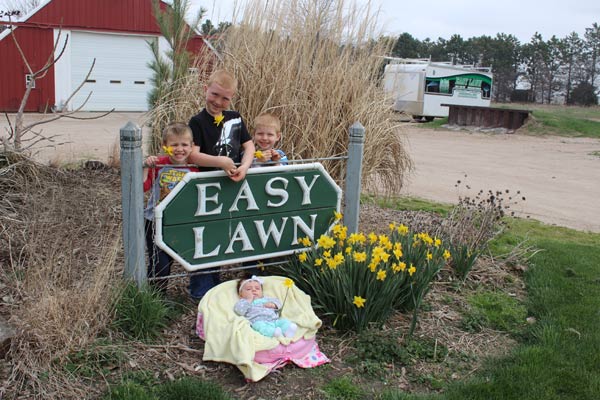 Aurora Services, Inc. was founded by five Aurora businessmen as a liquid lawn care company. They incorporated on April 30th, 1979 and began the business on May 8th, 1979. The company showed early rapid growth in the Aurora area leading to the hiring of a general manager to oversee the day-to-day operations. In 1980 the decision was made to add underground sprinkler installation to the company profile. As work started to expand away from the Aurora area, the company name was changed to Easy Lawn, Inc. Keith Wasem was hired as general manager in 1981 and over the next 4 years began to buy out the original five owners. The business continues to grow and expand; now serving a nine county area.

The background of CEO Keith Wasem includes graduating form Grangeville High School in Grangeville, Idaho. He then graduated from Denver Technical Institute with a degree in engineering drafting and design where at that point with a very low number in the mandatory draft lottery, he enlisted in the United States Air Force.

While stationed at Offutt Air Force Base in Omaha, Nebraska, he served as a computer operator for the Air Force Global Weather Central. He received an honorable discharge in 1976. Keith attended the University of Nebraska majoring in agronomy. After moving to Aurora, Nebraska, he worked for an irrigation water flow meter company. His extensive background in drafting, design and interest in agronomy is what lead him to become an integral part of this company.

The business philosophy of providing quality products, prompt service, attention to detail and keeping the customer at the highest priority is the cornerstone Easy Lawn, Inc. was founded on. This philosophy has lead to the continued positive position of Easy Lawn, Inc. as a recognized leader in the green industry.

Easy Lawn offers many services, any or all of which may fit your needs. We offer prompt service and use only quality products to ensure years of satisfaction with our customers.
Easy Lawn has great working relationships with other businesses that might be of service to you, including well contractors, professional landscapers & retaining wall builders.

We at Easy Lawn pride ourselves on the vast knowledge in all the areas of the green industry.

My word is my guarantee.